The dual credit Latin students have been reading a variety of Latin authors in class this year, but this semester they have focused on the poetry of a Roman author named Catullus.
The students recently completed a unit on paleography, or the study of manuscripts, which is the means by which these roughly two-thousand-year-old Latin literary works survive today. For their project, they examined a variety of real, hand-copied illuminated Latin manuscripts of Catullus’ collection of poems, made by monastic scribes during the medieval era and available through the Vatican’s online manuscript library. The students studied the different handwriting styles and scripts used by the scribes, commonly found Latin abbreviations and methods used in manuscripts, and the elaborate artistry and colors with which the scribes adorned their copies of texts.
After practicing deciphering some of these hand-copied Latin poems from the Vatican Online Library collection, students used cardstock and calligraphy markers to practice putting their fanciest lettering in action and crafting their own Latin “manuscripts” copies of Catullus’ poems.
Optime factum, discipulae! …and what a fun way to wind down the school year! 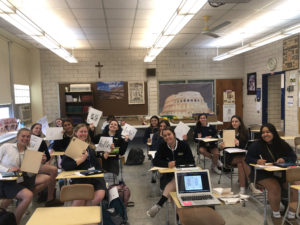 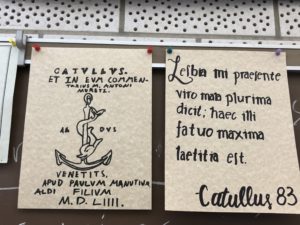 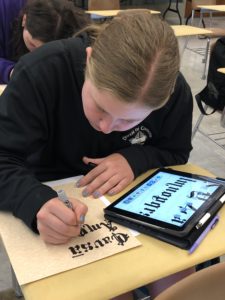 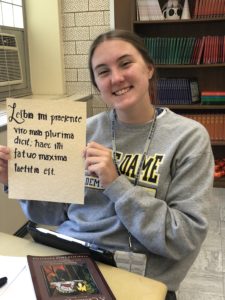 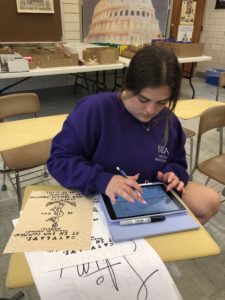 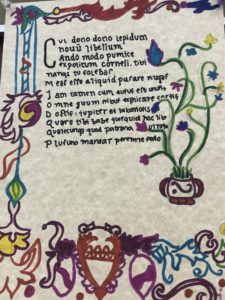 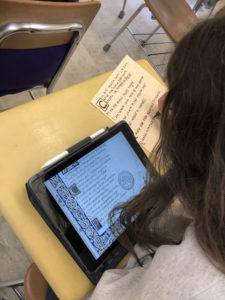 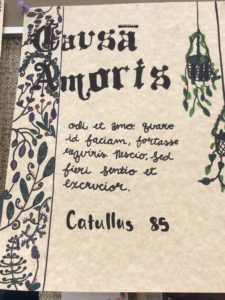 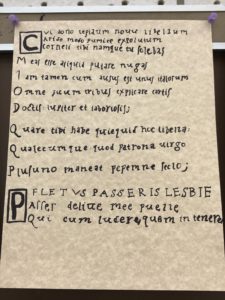 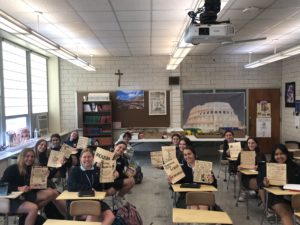