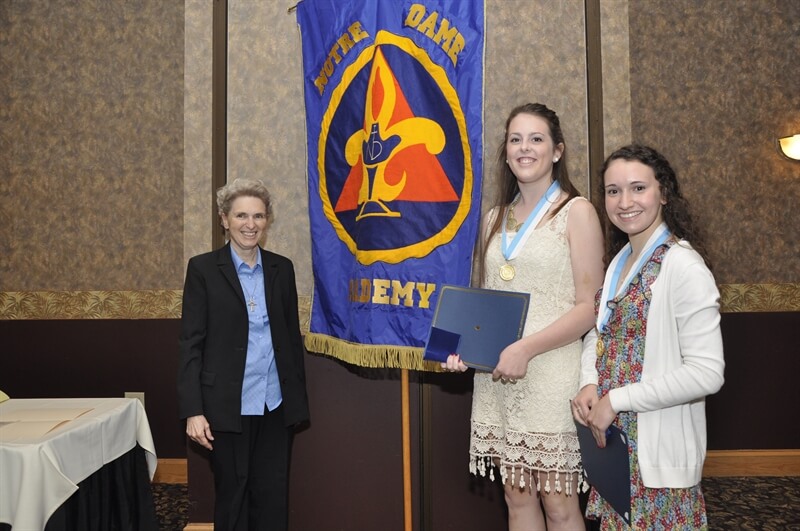 Notre Dame Academy celebrated the Commencement Ceremony for the Class of 2015 Friday, May 22, at the Northern Kentucky Convention Center.  In the days prior to graduation, NDA seniors attended an Alumnae Luncheon, Baccalaureate Mass and an Awards Breakfast.  Bishop of Covington, Most Reverend Roger J. Foys, D.D. and the Sisters of Notre Dame Provincial Superior, Sr. Mary Ethel Parrott, SND, joined the NDA community for the graduation ceremony.

NDA’s Class of 2015 was quite successful in many ways. The 135 graduating seniors have been awarded over $14 million in scholarship offers to colleges and universities (not including KEES money).  This includes 50 seniors (39% of the class) who received half tuition or more in scholarships.  NDA’s Class of 2015 will attend 32 different colleges and universities in 13 states.

NDA President Dr. Laura Koehl spoke to the  Class of 2015 at the commencement saying, “It is said that the glory of God is a human being fully alive. That is what our NDA mission calls you to be – fully alive using the gifts that God has given to you.”