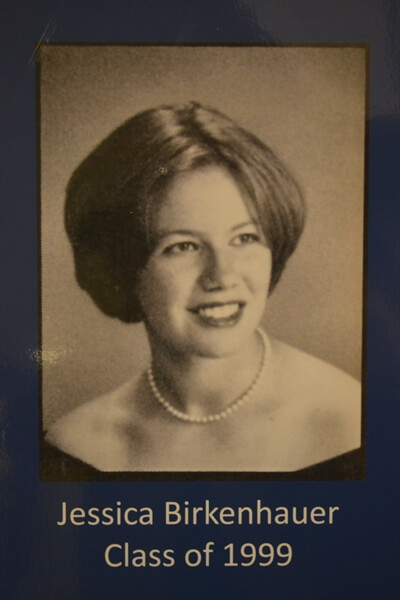 This past Friday evening proved to be a special evening as thirteen former Notre Dame Academy athletes and five honorary members were inducted into the Notre Dame Academy Hall of Fame.  These talented women ranged from graduates of the Class of 1950 to the Class of 2007.  Every woman who spoke about her gratitude for Notre Dame shared the common theme that each of them had the rare and exceptional experience of being part of something bigger and more important than themselves: their team.  Without the collective effort of several players rallying together to achieve a common goal, their success in athletics and in life would never have been achieved.  Many shed tears of appreciation at the thought of sharing in these achievements that moved the hearts of those in attendance.

Also inducted into the Notre Dame Academy Athletic Hall of Fame was the Pandas current pitching coach Jessica Birkenhauer Rawe from the Class of 1999, earning 4 straight District Championships from 1996 to 1999 including Notre Dame’s 1st Regional Championship in 1999!  Jessica helped set three team records and eight individual records her senior year earning Player of the Year honors from every media outlet at the time.  Jessica set the bar for achievement for Notre Dame softball that took 14 years to finally reach again in 2013 with the Panda’s 2nd Regional Championship!

So much attention is often paid to the individuals who enjoin in the great struggle of athletics and team achievements, but the Notre Dame Hall of Fame Committee captured the true essence of athletics by recognizing three special women for their love and support of Panda athletes everywhere.  These special Pandas have given so much to Notre Dame since they first graced the halls of the Academy years ago.  Their love of Notre Dame athletes and their attendance at Panda events have touched the hearts of student athletes who truly appreciate knowing at least three women are cheering them on in good times and in bad, Sr. Mary Rachel Nerone, Sr. Mary Ethel Parrott and Sr. Mary Paul Ann Hanneken!  There are no truer fans in the world than the Panda Triplets! In a complex world of noise and confusion, the simple gesture of support from these three sisters of Notre Dame continues to motivate our student athletes to perform their best.

Thank you to all these women who have provided the shoulders upon which Notre Dame’s current players can stand and reach higher!