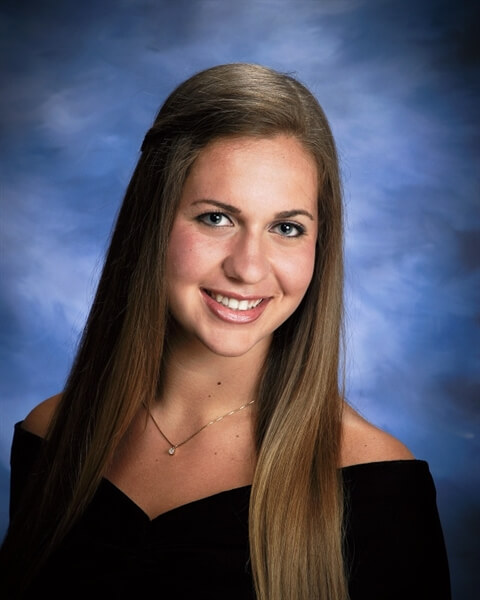 Notre Dame Academy is proud to announce the valedictorian, Elizabeth Romes, and salutatorian, Marisa Lorch, for the Class of 2013.

Elizabeth Romes is the valedictorian for the Class of 2013.  In addition to her academic success at NDA, Elizabeth has been very active in various clubs and organizations.  She is a member of NDA’s National Honor Society, National English Honor Society, National Spanish Honor Society, as well as NDA’s Life Club, Dance Team, and she is Treasurer for the Spanish Club at NDA.  She will be attending the University of Louisville this coming fall and plans to major in physics and minor in Spanish.

Marisa Lorch is this year’s salutatorian.  Marisa is a member of NDA’s National Honor Society, National Spanish Honor Society, Spanish Club, Interact Club and has served as a student ambassador at NDA. She is a talented high jumper and has been on NDA’s Track and Field team for four years.  She will be attending the University of Cincinnati this fall in the Carl H. Lindner Honors-PLUS program and majoring in Business Economics.  She also plans to continue studying Spanish.