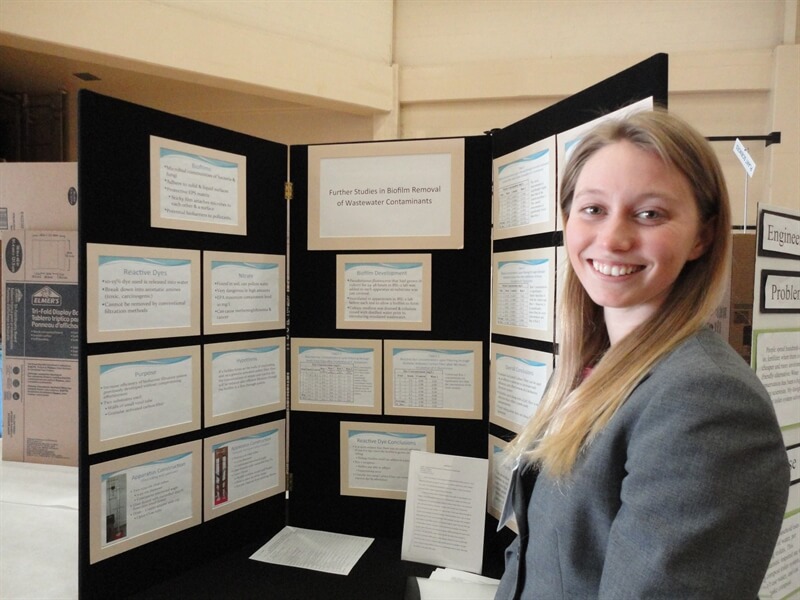 Over the spring break, Notre Dame science research students competed in the Kentucky Science and Engineering Fair in Richmond, Kentucky.  Monica McFadden placed third overall and earned one of the spots to the International Science and Engineering Fair.  Since she had already qualified through the regional fair, Emily Walter was awarded the regional slot and will also compete at the international event in Phoenix in May.

Emily Walter won a special award from the Navy; Josie Hammon’s project was rated the best in geology by the Association of Women Geoscientists and the Kentucky Society of Professional Geologists; and Monica McFadden won special awards from the National Oceanic and Atmospheric Administration, Stockholm Junior Water Prize, and Ricoh Americas Sustainable Development Awards.

In category awards, Giannina Rokvic was second in Energy and Transportation.  First place awards were won by Cassidy Ryan in Environmental Sciences, Ellen Kendall in Microbiology, Emily Bautista in Earth and Space Science, and Monica McFadden in Environmental Management.

« NDA S.W.A.T. Team Goes on the Road and Then Some
Apply Today for an NDA Scholarship! »