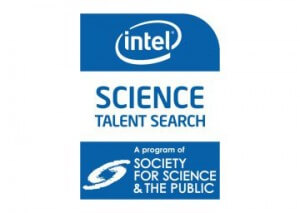 Monica McFadden was one of two Kentucky semifinalists recognized in the 2013 Intel Science Talent Search. The STS is considered the most prestigious pre-college science competition in the United States. Semifinalist alumni of the competition have proceeded as adults to win more than 100 of the world’s most coveted science and math awards including Nobel Prizes and the National Medal of Science. This year, as is often the case, over a third of the semifinalists were from New York, and many from dedicated science-math academies.

Each of the 300 students named a semifinalist in the Intel STS 2013 will receive a $1,000 award for his or her outstanding research. Additionally, to recognize excellence in teaching and school support of individual student research, schools receive an award of $1,000  for each semifinalist named in the Intel STS 2013. This award is to be used to further excellence in science, math, and/or engineering education. Colleges and universities regard the Intel STS semifinalist award to be evidence of exceptional academic promise. Each semifinalist is provided with a certificate of accomplishment, which may be sent with his or her applications for college admission and scholarships.