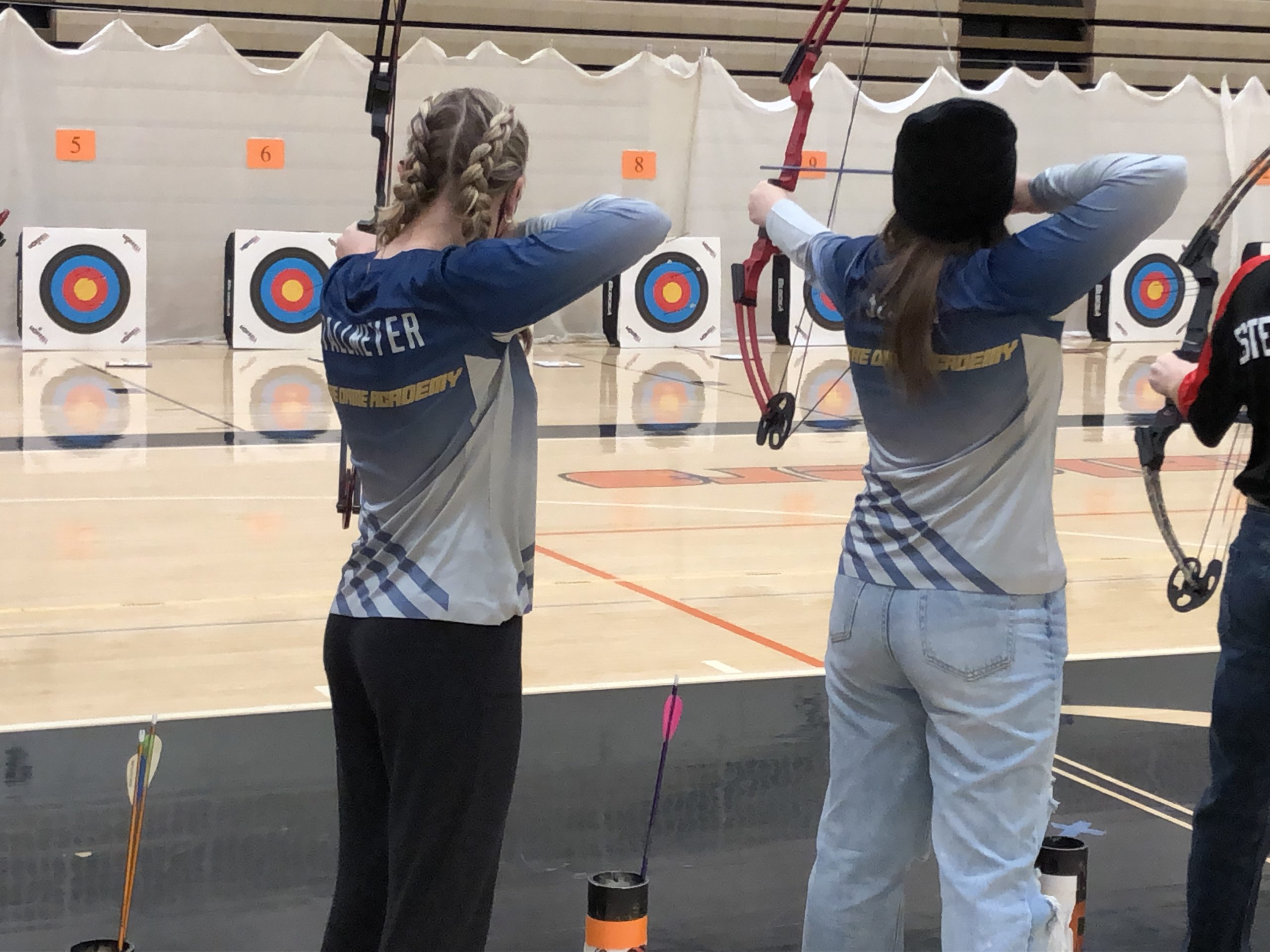 On January 8, the Archery Pandas competed in the Ryle HS Tournament. The team shot 3012 which included 80 tens. Nine Archers shot a personal season high score – Ella Weitzel by 8, Kaitlyn Eberhart by 10, Candace Stallmeyer by 15, Didi Jiradamkerng by 5, Megan Ahern by 6, Lauren Agriesti by 19, KJ Greis by 4, Chloe Dunham by 19 and Morgan Russell by 34. The Pandas were led by Keira Schneider at 281, Ella Weitzel at 272, Megan Paolucci at 265, Kaitlyn Eberhart at 263 and Natalie Lovell at 262. Next up the team will shoot in the Northern Kentucky Athletic Conference Tournament at Boone County HS on Saturday, January 15. ARCHERY PANDAS ROCK!

« Student of the Month – January
Congrats to Macie Feldman and Lacey Bradshaw for scoring 1,000 points! »