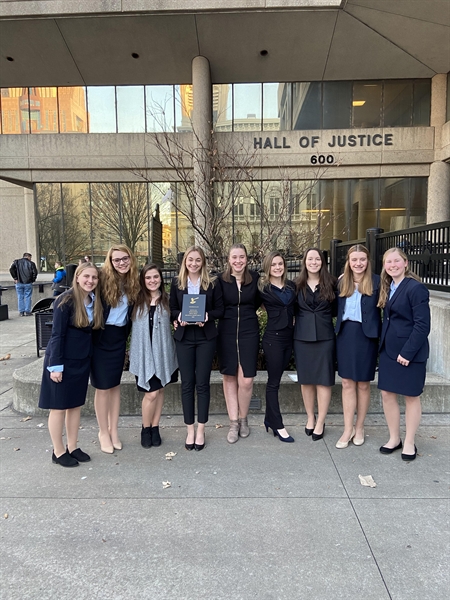 Both teams are coached by three former Notre Dame Academy Pandas. For the second year, the 2019-2020 Pandas are led by Katelyn (Connor) Mollett ’08, Amy Hebbeler ’09 and Emily (Cooney) Couch ’10. All three alumnae are current practicing attorneys in our community.

Congratulations to all of our Mock Trial-ers and best of luck to Team B at the Kentucky High School Mock Trial State Tournament!

« College Representative Visits at NDA
Student of the Month »