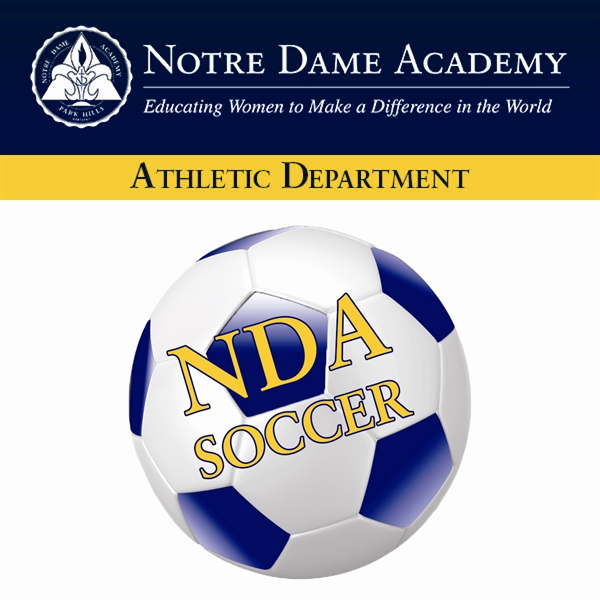 When the 2017 Kentucky State Runner-Up Soccer Pandas get back to the field this summer, college soccer coaches from around the region will be invited to be there to see the tremendous amount of returning talent. The Notre Dame Academy Soccer Program is starting a new tradition this season to provide college coaches an opportunity to evaluate young NDA athletes for possible recruitment to their college teams and to give its players an important chance to be seen.
Over 40 college soccer coaches have been invited to attend an open practice at NDA at the start of the 2018 season where they will be able to watch the State Runner-Up NDA Pandas in action. According to NDA Head Soccer Coach David Gronotte, college coaches who attend one of the offered open practices will have the opportunity to see the team in a series of 11v.11 games and get a biography of each varsity player.
“The Soccer Program at Notre Dame Academy has produced an incredible amount of talent over the years with many of our athletes going on to play in college,” said Gronotte. “We think that extending an invitation to college coaches to attend an open practice at NDA is a great way for our athletes to showcase their soccer skills and attract the attention of college coaches.”
Interested college soccer coaches who have not received an invitation can contact David Gronotte at gronotted@ndapandas.org.
« Panda Press Weekly 03.14.18
NDA Welcomes Future Pandas! »