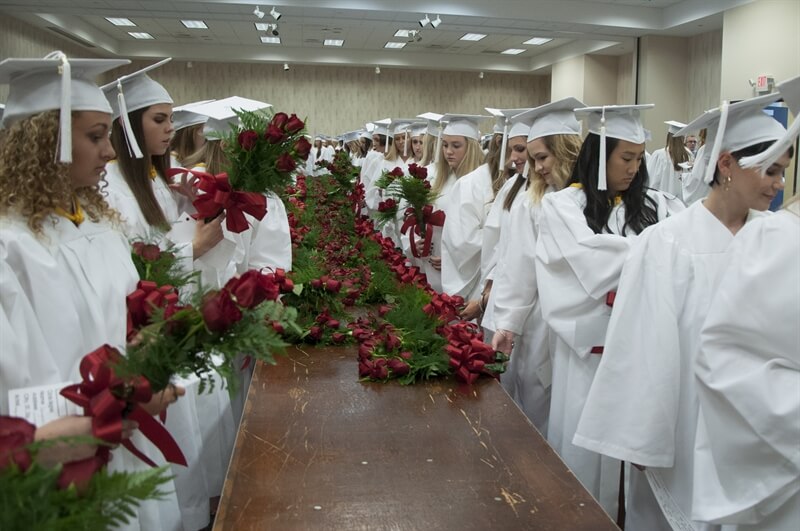 Notre Dame Academy celebrated the Commencement Ceremony for the Class of 2017 Friday, May 26, at the Northern Kentucky Convention Center. In the days prior to graduation, NDA seniors attended an Alumnae Luncheon, Baccalaureate Mass and an Awards Breakfast.  Bishop of Covington, Most Reverend Roger J. Foys, D.D. and the Sisters of Notre Dame Provincial Superior, Sr. Mary Ethel Parrott, SND, joined the NDA community for the graduation ceremony.

NDA’s Class of 2017 was quite successful in many ways. Of the 157 graduating seniors, 98% of them have been awarded scholarships valued at over $15.1 million. This includes 34% of the class (53 seniors) who received half tuition or more in scholarships.  NDA’s Class of 2017 will be attending 44 different colleges and universities in 14 states with one going into the Air Force. These young women are pursuing careers in a wide variety of fields.

NDA Principal Mr. Jack VonHandorf spoke to the Class of 2017 at the commencement saying, “You have been well prepared academically and you have been empowered spiritually and you are equipped with a strong set of core values and beliefs. Class of 2017 – you are ready. Always remember to make good choices and go make a difference in the world!”