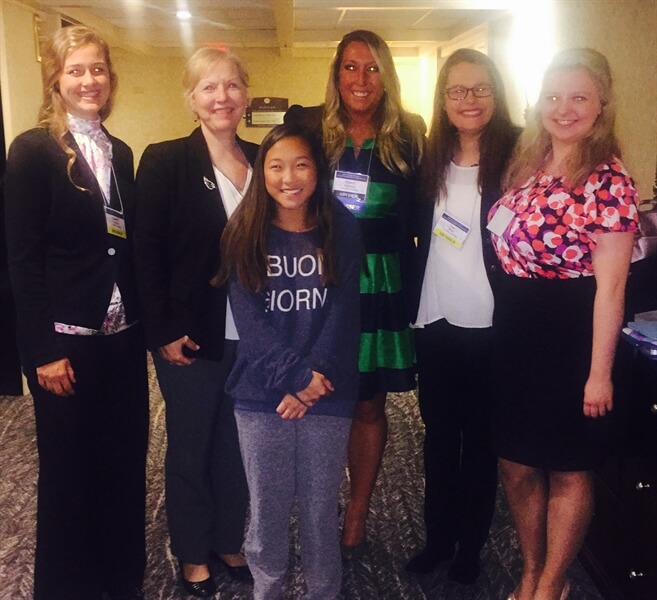 Notre Dame Academy senior Abbie Macke is heading to the Future Business Leaders of America (FBLA) National Competition after qualifying at the state competition. NDA sent eight students to the FBLA Kentucky State Conference in Louisville, Kentucky in April under the guidance of teachers, Hillary Johnson and Pat Brennan.

For the first time in NDA’s short three-year FBLA existence, four students moved on to the final round of the state competition and one qualified for the National Competition. Senior Abbie Macke placed 3rd state wide in the Personal Finance event, moving her on to Nationals which will be held in Atlanta, Georgia June 29 – July 2. Seniors Tess Witt and Rachel Franzen also placed 5th in the state while competing as a team in the Social Media Campaign event. Freshman Megan Heeb placed in the top 8 of the state in Public Speaking. Rounding out the 8 members who qualified for the state conference are juniors Claire Benson, Lauren Lawler and Annie Lee, and sophomore, Erika Nageleisen.