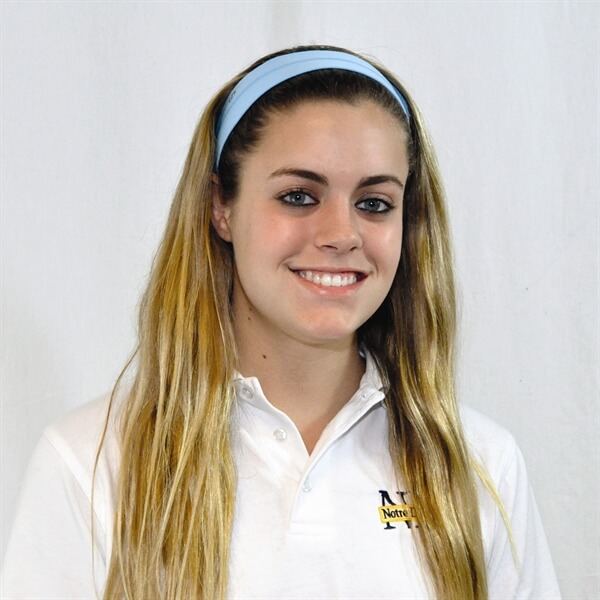 Newly elected Senior Class Co-President for next year, Taylor Watts has been selected as May’s Student of the Month.  Teachers describe Taylor as hard working, compassionate, kind and respectful.  Mrs. Staggs comments that Taylor “is willing to do anything asked of her, usually going above and beyond” – a true example of servant leader.

Member of Student Council since her freshmen year, Taylor looks forward to representing the senior class and “wants to make sure her class sets an example for future generations of students.”  According to Mrs. Wagner, Student Council Faculty Moderator, “Taylor is enthusiastic and passionate about making NDA the best it can be,” so it is no surprise that Taylor hopes the Class of 2016 will leave “a positive legacy on the school, our community and those we serve.”

Beyond her Student Council membership, Taylor has participated in SWAT, French, Drug Free, Sign Language and World Affairs Clubs.  She is also a member of National Honor Society where her commitment to service and academics earn her this distinction.

Taylor plays on NDA’s soccer team, helped the team win state in 2013 and earned a spot on KHSAA’s Academic All State Team her freshman and sophomore years.  She plans to play Division 1 soccer at Belmont University in Nashville where she has verbally committed for college.  Until her next adventure begins, Taylor will enjoy her final year as a Panda where there is an “unmatched sense of pride and belonging that comes with being a part of Notre Dame Academy.”  You are spot on, Taylor, and congratulations on being named May’s Student of the Month!