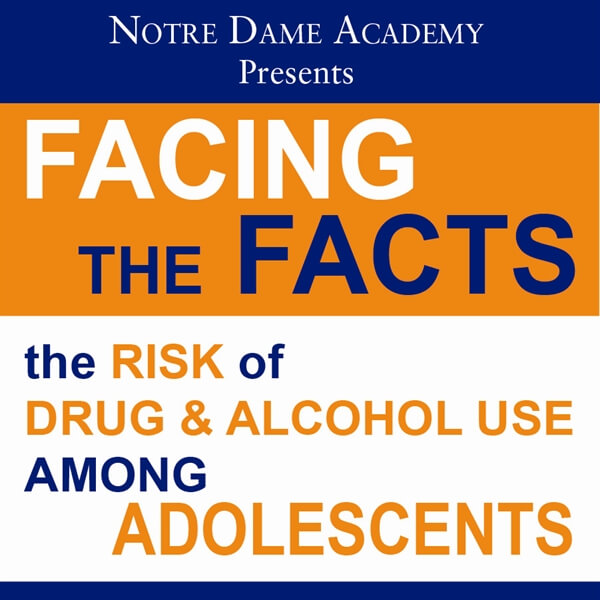 Did you know that  in 2013, 18% of 10th graders and 23% of 12th graders had used marijuana in the past month? Or that 15% of high school seniors used a prescription drug for non-medical reasons or that was not prescribed to them in the past year? Were you aware that over 6% of 16 and 17 year olds drove under the influence in the last year?* (*National Institute on Drug Abuse)

Notre Dame Academy invites all parents and concerned adults in our community to attend the Sunday, March 8th evening program:  FACING THE FACTS—the RISK of DRUG and ALCOHOL USE AMONG ADOLESCENTS.

We hope to have at least one parent of each student join us in this educational effort with the goal of providing the healthiest learning environment for your daughters, our students.

Because we strongly want to encourage NDA parents to attend, we will also be offering some great door prize incentives for them: