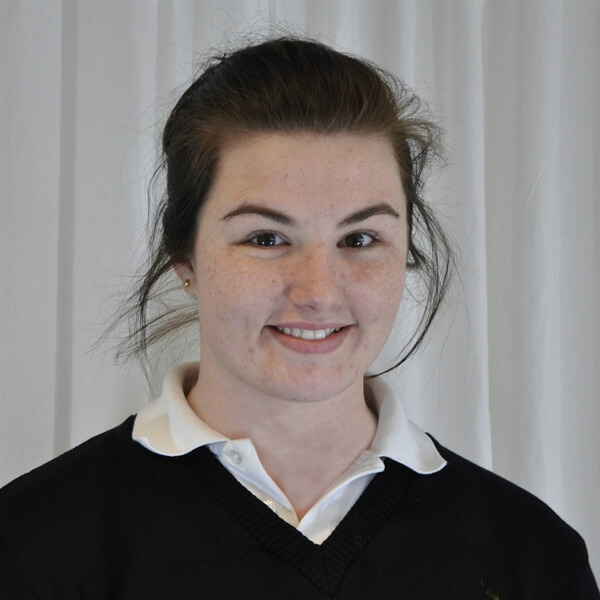 You may have seen Notre Dame’s January Student of the Month working to support technology in the classrooms and beyond.  Junior Savannah Tucker’s interest in technology began her Freshman year, and since she has been very active in the SWAT Team.  When asked why she is so committed to the SWAT Team, Savannah admitted that she “enjoys the progression of technology, and her role in SWAT allows her to help and give back to the school.”  According to Mrs. Mullee, NDA’s Director of Instructional Technology, Savannah is “exceptionally-able, bright and humble, and she has truly blossomed in her use of technology since Freshman year.”

Mrs. Mullee adds that Savannah takes initiative and has the ability to lead others in a positive way.  It comes as no surprise that our January Student of the Month has spearheaded SWAT Team’s involvement with INTERalliance of Greater Cincinnati – a group that exists to bring together business leaders and educators who identify and support the area’s best IT talent. Savannah is clearly a woman making a difference in her school and the greater community.

For the past two years, Savannah has participated in Science Research, which continues to challenge her.  She is a member of Life Club and the Student Ministry Team and further serves her community by tutoring several days a week.  Savannah is able to manage many leadership roles, AP and Honors courses and a part-time job, and she believes her strength is in organization and using tools to manage her time and tasks.  Savannah engages herself in activities and classes that fulfill her desire to learn and to develop her talents.  Congratulations Savannah Tucker on being named NDA’s January Student of the Month!