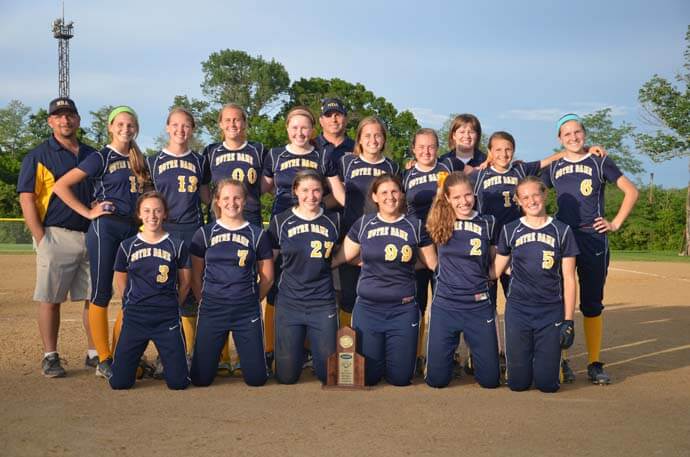 Notre Dame maintained the top spot in the Cincinnati Enquirer’s Softball Coaches Poll for the Final Poll of the Season and completed the season with an undefeated 17-0 record in the 9th Region.  A week later with strong bats and pitching, the team captured the District Tournament Championship with a convincing 10-0 win over the Indians of Holy Cross. Pitchers Haylee Smith and Abby Jones were named to the All-District Tournament Team while catcher Laura Finke received the honor of  District Most Valuable Player Award.