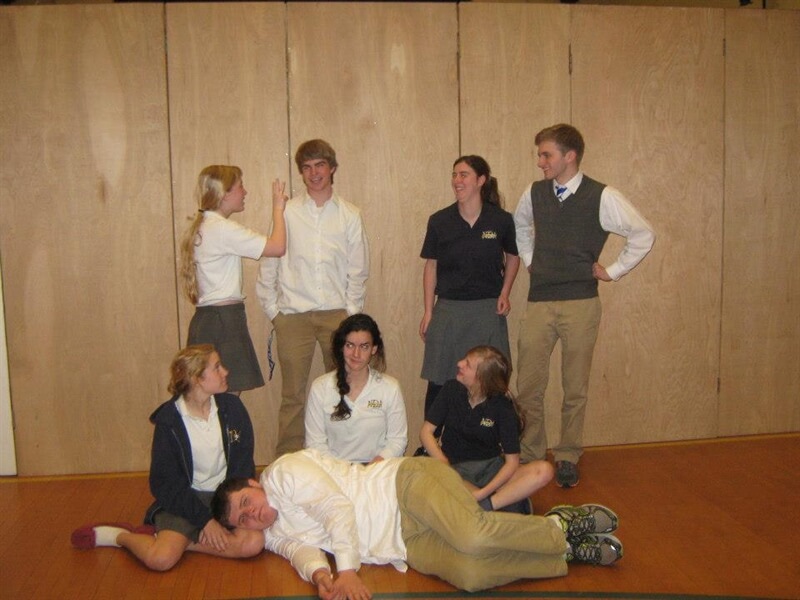 High school graduation isn’t the only significant event in the lives of several up-and-coming young artists from Notre Dame Academy and Covington Catholic High School.  A number of students from these two schools will be featured in the FringeNext program at Cincinnati’s 10th Annual Fringe Festival May 28 – June 8.  NDA’s Hannah Regan and CCH’s Jimmy Stratman, (with the help of NDA’s Audrey Hehman), have co-written “We Put the ‘F.U.N.’ in Funeral.”  This dark comedy centers on a family whose dysfunction reaches a peak and comes to blows at a funeral for one of their own.

The play was chosen as one of only three high school productions to be featured in this year’s FringeNext program.  Three years ago the FringeNext program was introduced to Cincinnati’s Fringe Festival to encourage high school performers and provide a training ground for aspiring theatre professionals.  Upon hearing the Know Theatre’s announcement that “We Put the ‘F.U.N.’ in Funeral” is included in the 2013 FringeNext line-up, Regan, Stratman, and Hehman immediately went to work casting their play and beginning rehearsals.  Several NDA and CCH students will be involved in the FringeNext performances of the play as actors and crew members.

The Cincinnati Fringe Festival is an artistic celebration produced by Know Theatre of Cincinnati.  Throughout the 12-day event, there will be up to 150 performances of 33 productions performed in traditional and non-traditional downtown venues.  This year’s event will welcome over 7,500 visitors to the area May 28 – June 8.