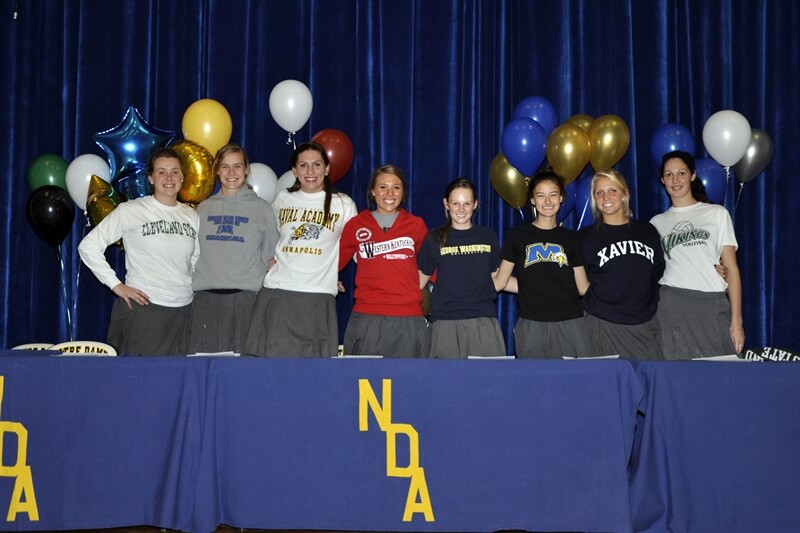 Notre Dame Academy hosted an Athletic Signing for eight of their outstanding senior athletes Thursday, November 15, 2012. The NDA athletes made their college decisions final by signing letters of intent to continue their sports careers at college in front of their families, friends, former and future coaches and school staff.

Signing a letter of intent was an exciting next step in life that each of the NDA athletes was prepared to take. Congratulations to the seniors who can now rest easy knowing where they will attend school next year.