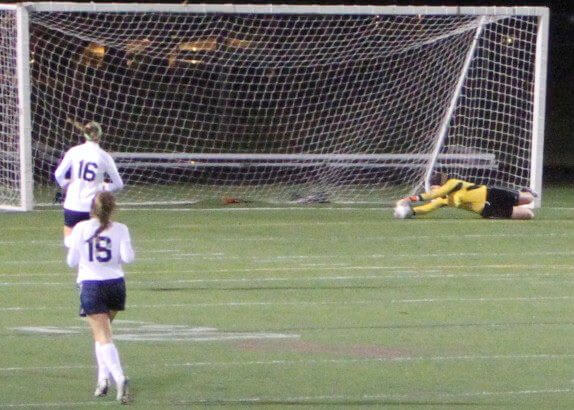 The Pandas played a hard fought battle against Tates Creek in the championship finals of the State Soccer Tournament. Tates Creek, scored the first goal in the second half after a 2 hour lightening delay at halftime.  Four minutes later the Pandas scored tying the game and it remained tied through 80 minutes of regulation and two five-minute overtimes. The Commodores and the Pandas were stilled tied 4-4 at the end of the first series of penalty kicks before being outscored 5-4.