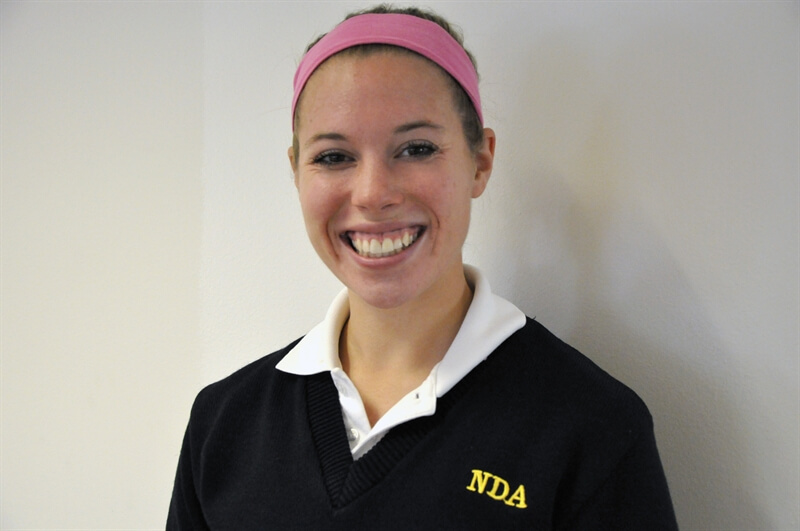 In her final year at Notre Dame Academy, senior Alex Lonneman has been named November’s Student of the Month.  Member of the National Honor Society, English National Honor Society, and Spanish Honor Society, Alex “represents what it is to be a Notre Dame Academy student,” according to Mrs. Bill, her Spanish teacher for the past three years.  Alex is “consistently participating by listening attentively, and attacking assignments with her friendly, upbeat, but very focused approach to any activity.”  Mrs. Johnson, Alex’s Psychology teacher, believes that it is this upbeat and positive attitude that helps her stand out as a student at NDA.

Besides her spot on NDA’s successful soccer team, Alex participates in the following school clubs: LIFE, Spanish, and RESPECT.  Her involvement in extra-curricular activities and her academic achievement will serve her well at Western Kentucky University where she plans to play soccer, minor in Spanish, and major in Speech Pathology.  Congratulations on your many achievements as a Panda!