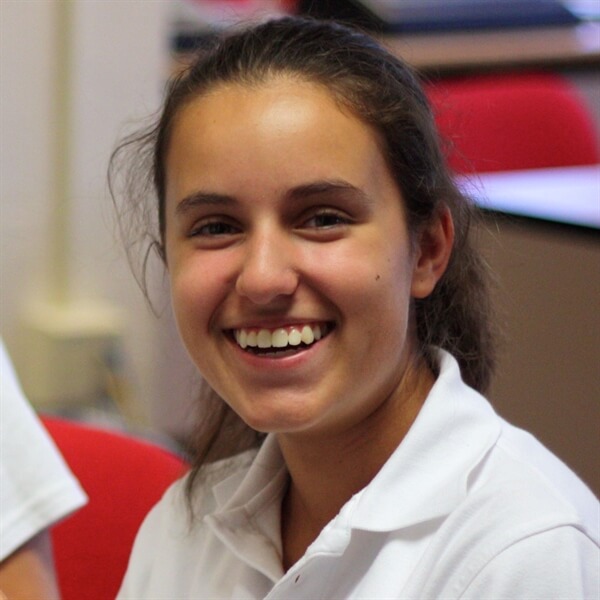 Notre Dame Academy’s Szofia Komaromy-Hiller continues to achieve with her national award-winning Scholastic writing, “In That Case, I’ll Stick to Politics.”  Komaromy-Hiller’s composition will be featured on October 12, in Washington D.C. as part of the U.S. Department of Education’s ART.WRITE.NOW.DC. This special yearlong exhibition of the very best creative work by our nation’s emerging young artists will host a special day of celebratory events at the Lyndon Baines Johnson Department of Education Building.

Komaromy-Hiller is “absolutely speechless” at the thought of her writing being presented at the U.S. Department of Education. “It is my honor to dedicate this achievement to Notre Dame Academy, 2012 Blue Ribbon School of Excellence,” says Komaromy-Hiller. “I am very grateful to the faculty members in the English Department for helping me grow as a student writer.”

Veteran NDA English teacher, Linda Bricking, will accompany Komaromy-Hiller and her family to Washington D.C. for this prestigious achievement. Komaromy-Hiller credits Bricking with “instilling self-efficacy” in all of the topics covered in her English class last school year. Bricking was awarded the Scholastic Gold Medal for Teachers and was the only teacher in the nation who had a student winning three national Scholastic awards this year. “Szofia is a walking billboard for the strength and success of our English program here at NDA. The fact that she is sweet and sincere only adds to the pleasure we take in her achievements,” says Bricking.